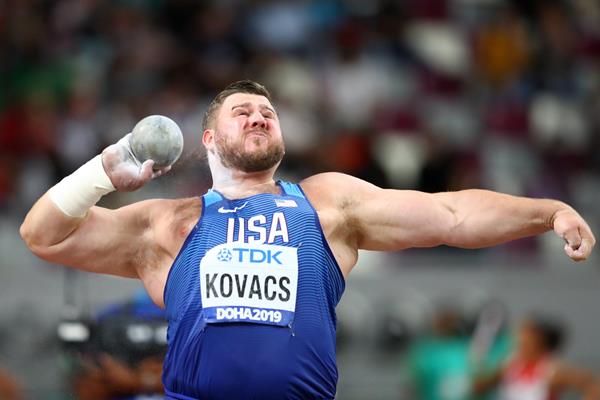 One of the greatest Mens shotput finals occurred overnight at the IAAF World Athletics Championships in Doha.

With the opening effort of the men’s shot put final, Ryan Crouser (USA) produced the longest throw in World Championships history with 22.36m. By the end, that mark was only the equal-seventh best of the night in what proved to be the greatest – and closest – shot put competition ever.

USA’s 2015 world champion Joe Kovacs produced one of the biggest upsets of the championships by unleashing a final-round effort of 22.91m to take the title. After a thrilling final round, just one centimetre ultimately separated the three medallists with Crouser taking second place on countback from Tom Walsh (NZ), both throwing 22.90m.

There is also an Australian connection with the final. Tom Walsh who finished with the bronze medal is coach by Australian and former athlete Dale Stephenson. Dale competed at the London 2012 olympics representing Australia in the Shotput.

If you get a chance to watch the highlights this is one of the greatest shotput finals you will ever see.