Today (Sunday 18th October 2020) the Premier of Victoria announced changes to the Covid 19 restrictions for Melbourne.

This included, the easing exercise limitations, extended travel distance, and proposed dates for the resumption of some community sport from the 2 November. Under the Victorian Governments original roadmap for reopening it was hoped that Victorian Premier would announce the return of community sport to Metropolitan Melbourne on Sunday 18th October and that little aths could therefore start as soon as possible.

Please note that Little Aths Centres within Metro Regions are still unable to accept registrations for the 2020 – 2021 season.

Please keep checking with our website and facebook page to get the latest advice as its comes to hand.

Are you looking to sponsor a local sporting club?

From our founding in 1968, Wantirna Little Athletic Club has believed in family, fun and fitness. With this ethos, it is the mission of Wantirna LAC to encourage and facilitate all participants to realise opportunities for participation, physical fitness, health and wellbeing through Athletics.

By valuing our heritage, and in doing so we commit ourselves to athletic achievement and the on-going enhancement of the traditions of Wantirna Little Athletics, including leadership, individual and team achievement, pride and loyalty.

We can expose your brand, product or service via our club and at Knox Little Athletic Centre, such as:

Like Loading...
Posted in Uncategorized | Comments Off on Are you looking to sponsor a local sporting club?

Previous season members should have received an email this morning in regards to your families Primary Member from LAVic.

LAVic has provided the following advice:

This email is in preparation for registration portal opening for Centres shortly and doesn’t necessarily mean your Centre is currently able to take registrations. ‍

We are in continual communication with the State Government with regards to the protocols required by Centres and are working towards getting as many Centres ‘live’ as soon as possible. ‍

For now, take note of which member of your family account is the allocated ‘primary member’ and log in to the member portal if you’d like to update any details that may have changed since last season. ‍

You will receive a specific renewal email as soon as your Centre does go live and can accept registrations.

This is a positive step forward for a potential season start. Please note the registration portal is NOT yet open at this stage for registration at Knox LAC. This is just in preparation for the upcoming season.

LAVic has provided some further updates this week on the upcoming 2020-21 summer track and field season.

At this stage there is still no information on a start date for the season, however it is looking more positive for a definite season start after October 26.

LAVic have this week provided the following updated information.

LA Vic is working with a local supplier to supply Centres with supplies of hand sanitiser and wipes etc.

LAVic expects to have the protocols for the commencement of Little Athletics for regional Victorian Centres available for distribution this week.
Metropolitan Centres are advised that their protocols are expected to be released in the lead up to 26th October and are highly likely be very similar to those for Regional Centres.

The Knox LAC Committee is working closely with LAVic to work through the needs for affiliation and Covid 19. Keep on eye on the Knox LAC website for season start updates. We will try and get information to members as soon as it’s available.

As we get closer to the October 26 we will be promoting the club and little athletics within the area. Can I encourage all our families over the next month to promote Wantirna LAC to family and friends, that athletics is great for fitness, and its outdoors in a safe environment and encourage others to join up with Wantirna LAC.

We are also looking for parents that have been around for a few seasons that are willing to become Chief Officials. This is an easy role to undertake and is a consistent duty. Wantirna LAC must supply chiefs for front straight marshalling and discus/shotput. If you are interested please let the committee know.

This year is a bit different, and whether you’re locked down with your family or haven’t seen them in a while because you live far away, Father’s Day is a great reminder to show gratitude to the amazing man who guides you through life. Father’s come in all shapes and sizes and it doesn’t matter if he raised you from day one, or he worked long hours to support your family or you found him later on in life — celebrate the father figure who guides and supports you through it all on this special day.

To all our Dads, Happy Fathers Day!

Hopefully all our members have been looking after themselves while we are locked down.

Wantirna has held its AGM and Awards Presentations on the 16th August, following announcement of the committee for the 2020-21 season, the Athlete award winners have been posted to the website. You can look at the awards winners by clicking links below

Congratulations to all of our athletes and our award winners. It is great to see how well all our athletes performed last season.

In other news, LAVIC held it annual conference. The key points from the conference are:

If you are interested in seeing what LAVIC have planned for season you can view the conference presentation here https://ourcentre.com.au/conference/

One final thing, we still have vacant position on the Wantirna LAC Committee, It is a general committee member and if you are interested please let the club secretary know.

From the President – Announcing Our New Committee for 2020-21 Season

Wantirna LAC held its 2019-20 season AGM on the 16th August 2020, following its postponement from April due to the Covid 19 restrictions. For the first time in the clubs history the AGM was held online with families logging in.

I am pleased to announce the following members were elected onto the committee for the upcoming 2020-21 season.

I thank those members for nominating for their roles.  A new member to the committee for this season is John Park. John replaces Marianda Kurdian as Treasurer, and the committee thanks Marianda for her service to the club over the last few years.

I would like to again extend our thanks to Wayne Griffin who has spent a number of years on the committee.  Wayne is finishing with Wantirna this season as his daughter Danielle has complete her U16 season.

The second general committee member position was not filled at the AGM and remains vacant. Can you help? Committee roles do not take up to much of your time and are well supported.

Thank you to all those members who attended the Annual General Meeting last night. We had a fantastic turnout for our first online AGM.

I would also like to thank Cr Marcia Timmers-Leitch, Knox City Council Deputy Mayor and Collier Ward Councillor for attending our AGM and staying online for the presentations afterwards. It is encouraging to have her support of local sporting clubs such as ours.

I look forward to working with everyone over the next year as our club goes from strength to strength as we move towards Season 2020-21.

Like Loading...
Posted in Uncategorized | Comments Off on From the President – Announcing Our New Committee for 2020-21 Season 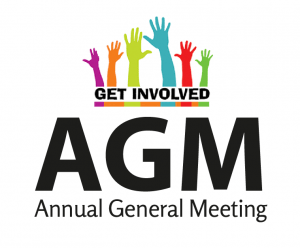 This a further reminder to all club members that the 2019/20 season Wantirna Little Athletics Club Annual General Meeting and the Presentation Night will be held via Zoom on Sunday 16th August 2020 at 7:00pm.

The AGM will run from 7.00pm to around 7:30pm  after which time we will announce the club award winners. The Annual Report documents for the AGM this Sunday evening have been forwarded to club members via email.

It is imperative that we have 18 families dial into this meeting to meet quorum. Please RSVP to Leanne Hawke, our club Secretary to confirm your attendance.

We have received nominations for President, Secretary and Team Manager but we require a Treasurer and General Committee members. They are not onerous and ones which will be well supported by the rest of the committee.

Please forward any nominations to Leanne by Friday night.

If you have any questions please contact us and we will see you on Sunday Night.

Posted on 13 August, 2020 by wantlac
If you are missing athletics and looking for some inspiration, World Athletics is underway, with the World Tour and Diamond League resuming. The first Diamond League meeting that will resemble a regular top-flight international one-day meeting since the advent of the Covid-19 pandemic is this Friday 14th August. Eleven reigning world champions from around the globe are converging on Monaco this week for what shapes as the strongest fields for Friday night’s meeting at Stade Louis II, which will have a reduced capacity of 5000 spectators to allow social distancing. The spotlight will be on middle-distance events which will feature the men’s world champions over 800m (Donavan Brazier), 1500m (Timothy Cheruiyot), and 10,000m (Joshua Cheptegei) and the women’s world champions over 800m (Hamilah Nakaayi), 1500m and 10,000m (Sifan Hassan), 5000m (Hellen Obiri) and 3000m steeplechase (Beatrice Chepkoech).

In the field events, three of the sport’s highest flyers will soar in the men’s pole vault, where world record-holder Armand Duplantis will meet world champion Sam Kendricks and Olympic champion Thiago Braz.

Where it watch it

The event will be steamed on Eurosport and the Diamond League YouTube channel. There is also possibility for those with Foxtel and Kayo that is will be broadcast on those platforms as well. Still waiting for conformation. Check your guides.

This a reminder to all club members that the 2019/20 season Wantirna Little Athletics Club Annual General Meeting will be held via Zoom on Sunday 16th August 2020 at 7:00pm.

The AGM will run from 7.00pm to around 7:30pm  after which time we will announce the club award winners.

Members have already been emailed from the Club Secretary a meeting link and nomination form for the committee positions. AGM reports will be sent out closer to the date.

All members are welcome to nominate for any of the following positions on the committee.

The positions that must be filled are:

If you propose to nominate for a role please fill in the nomination form and return it to the club secretary before the 13th August.

We are seeking nominations specifically for Treasurer and General Committee. If you think you can help please let us know and nominate for a role.

Committee roles are easy to do and do not take up much time. It is a good way to get involved, support the club, and importantly our athletes and ensure that as a club we are viable for the upcoming season.